Pre Wall 1: 4 Steps to $1 Million in Revenue is a two-day class focused on residential dealers currently generating less than $500,000 per year in revenue. It is also valuable for larger dealers who are struggling with profitability or cash and want a better understanding of pricing and the overhead cost of running a business. Dealers will be shown the 4 things they need to do each day to generate $1 Million in revenue and how to do them profitably. The true cost of operating a profitable HVAC business and what it takes to make more money without working more hours will be examined. Participants will come away with a clear understanding of what it takes to bill $1 Million and how to get there. Questions and discussion will be encouraged. 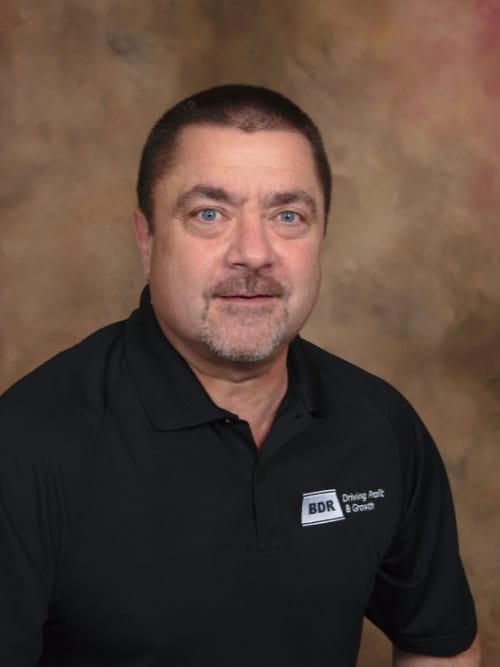 Bio / Work History: Scott Tinder has been involved in the HVAC industry since graduating with a business degree from Eastern Washington University in 1988. He has worked with dealers, distributors and manufacturers throughout the United States and Canada to drive profitable growth in their businesses. He brings a genuine passion for helping the companies and individuals he works with to implement and achieve a higher level of success.

Scott joined BDR in 2008. He conducts all BDR’s Distribution and Territory Manager training. When in the office, Scott is BDR’s Instructional Designer, working with the training team to create and update all of BDR’s training classes.

Prior to joining BDR, Scott was the United States Director of Sales and Operations for a large Canadian sheet metal manufacturer. His role was to make sure their products were accepted and stocked by independent wholesale distributors across the U.S. Scott also spent 10 years working as a Territory Manager, and later a Regional Sales Manager, at an HVAC distribution company in the Northwest. In the time Scott was there, the distributor went from 10 branches doing $20m to 20 branches doing $200m.

Owners and their spouses who are focused on their business and have a desire to become more profitable, grow their business, deliver better customer service, and provide better wages and benefits for their employees and themselves.

What Dealers Should Bring

An open mind, along with current company financial information, service and job pricing, questions they want answered and challenges they are facing.

The cost for this training is $250 per attendee. Maximum 4 persons per company.

Registration & cancellation deadline is December 3rd or when class size is met. Attendees will be invoiced on December 6th.

Fill out my online form.
▲