‘Tis the season to SAVE on 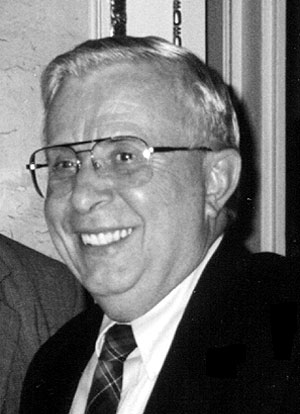 Middleton, WI – Edward J. “Ed” Felten, age 80, died on Saturday, January 26, 2019, at his Attic Angel Place apartment. Ed will be remembered for his positive attitude, his fondness for stories and games, and the warm welcome he extended to everyone he met.

Ed was born on July 7, 1938, in Manitowoc, WI, to Peter and Adela (Stein) Felten. He graduated from Central High School in Sheboygan and the University of Wisconsin with a degree in accounting. Ed married Catherine A. “Cathy” Poehling on June 16, 1962 in La Crosse. Together, they lived in the Boston area, where Ed worked at Armour & Co. He and Cathy moved back to Madison in 1965 when he began work at Wisconsin Supply Corporation. He retired in 1999 as CEO of the parent company, First Supply. He served as President of the American Supply Association in 1998, and later received a lifetime achievement award from that organization. He co-founded the Bank of Shorewood Hills, and served on its board and the boards of Community Banks and Valley Bancorporation for many years. His success in business was built on his relationships with customers, employees, and suppliers.

After retirement, Ed and Cathy spent a happy decade living in Sun City West, Arizona. They returned to Wisconsin due to Cathy’s illness and Ed cared for her with great devotion until her passing in April 2015. Ed later reconnected with Mary Casper, a friend he had not seen in more than five decades. Ed and Mary greatly enjoyed their time together, including many days going to the theatre and exploring small town restaurants.

Throughout his life, Ed was an active volunteer for many organizations, including St. Maria Goretti Catholic Church, Edgewood High School, Attic Angel Association, and the Sun City West PRIDES. He also enjoyed traveling (all 50 states and over 40 countries), watercolor painting, making stained glass, hiking, gardening, and Badger sports. He loved spending time with family and friends, particularly with his grandchildren who called him “Bumpa.” Ed and Cathy often welcomed family and friends to live in their home, including their beloved “Thai daughter” Naruemol (Soi) Ekpoom.

He was preceded in death by his parents; wife of 52 years, Cathy; sister, Germaine (Clarence) Schnell; brother, Francis Felten; and brother-in-law, Josef Mayer.

A Mass of Christian Burial will be held at 11 a.m. at St. Maria Goretti Catholic Church, 5313 Flad Ave., Madison, on Friday, February 1, 2019, with Ed’s dear friend Monsignor Michael Burke presiding. A visitation will be held from 4 p.m. until 7 p.m. at Ryan Funeral Home, 5701 Odana Road, Madison, on Thursday, January 31, and again from 10 a.m. until time of Mass at the church on Friday. Entombment will be at Resurrection Catholic Cemetery.